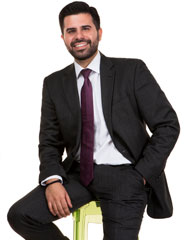 Dimitrios Giannimaras is an Associate and participates in the Dispute Resolution Group.

Dimitrios is a member of the Athens Bar Association since 2008 and entitled to argue cases before all Courts of Appeal and lower Courts.

At "Ballas, Pelecanos & Associates L.P.C.", Dimitrios advises and litigates on all aspects of commercial, civil and criminal law.