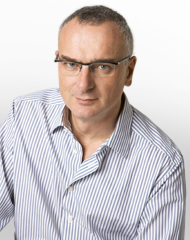 His career includes holding the posts of Chairman of the Computer Law Committee of the Greek Computer Society; Committee Member on the drafting the Rules and Regulations of the Athens Derivatives Exchange; Adjunct Faculty at the American College of Greece (Business Law and EU Law); as well as Member of the Board of Directors of EKO Chemicals and Refinery SA, ERGOSE S.A. (railroad infrastructure) and DEP-EKY S.A. (oil exploration and drilling). Gregory has worked as in-house counsel for Mobil Oil Hellas S.A. and has served as General Legal Counsel of Toyota Hellas S.A.

Gregory is a member of the Athens Bar Association and is an advocate before the Supreme Court. Legal journals have published dozens of court judgments on cases he has argued.  In addition to advising clients, he regularly litigates before courts and has extensive international and Greek arbitration experience. He has authored articles, edited books and written the country chapters for a variety of publications on many IP, computer law, agency and distribution, Greek and European Union competition law, bankruptcy law and investment law matters and also regurarly lectures on competition and IP issues in Greece and abroad.

“The Exemption Regulations on Motor Vehicle Distribution and Technical Assistance and their Application in Greece”, Reforming European and Greek Competition Law, 2008

“Commercial Agents and Distributors-Resellers should not be treated identically”, Naftemporiki, 1992

“The Binding Effect of Codes of Conduct for International Companies”, Law and Policy, 1983